At Mecatecno we have designed the Dragonfly with a clear idea in mind: to bring together the capabilities of a termic bike and the benefits of a green technology by building the lightest, easiest and least demanding trials motorbike we could imagine. To achieve it, we have put into practice a number of innovations, developed 100% by our engineering team. These design and innovation concepts have been developed and tested according to our idea of Electric Trial practice. We invite you to know more about it in four design report issues. This is the first one. 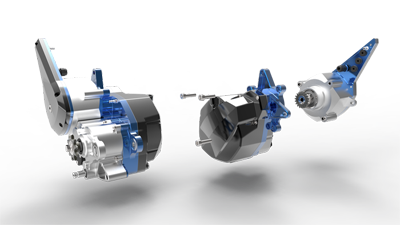 DESCRIPTION:
IMA is a system that divides the power train in two differentiated blocks: the electric motor, and the gear/clutch box.

SPRING MULTIDISC CLUTCH vs DIAPHRAGM: Although it is three times heavier, we have shifted from the former diaphragm clutch to a spring one because it provides a better control, higher precision, higher inertial properties and more setting possibilities. This turns into a more sensible control in classic riding style or a faster response in modern riding style, depending upon the chosen setting.

5 SPEED GEARBOX vs SINGLE SPEED: Including 5 speed allows a higher control in sections and a more comfortable ride in intersections. It has also a direct impact on energy savings. 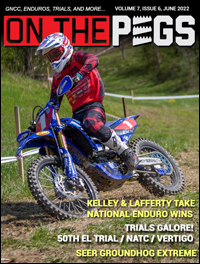 In this issue, we catch you up on all the action from the latest rounds of the GNCC, US Sprint Enduro, SEER, and National Enduro series. We take a look at the 50th El Trial and tell you what happened at the NATC National Mototrials Championship rounds held in California and Colorado. We also catch up with Brian Pierce of Seat Time as he takes us to school with Enduro101 and take a look at some big bike training in Ohio with Megs_Braap and Quinn Wentzel.

As always, there’s plenty more inside!

ON THE COVER -
AmPro Yamaha’s Layne Michael earns the cover this month for claiming his first overall victory of the season at round six of the US Sprint Enduro Series at Track 93 in Fairmont, West Virginia
Photo by Shan Moore